Today's bilingual blog post is the third of many interview previews of performing choirs for PODIUM ON THE EDGE taking place from June 28 - July 3, 2018 in St. John's NL! 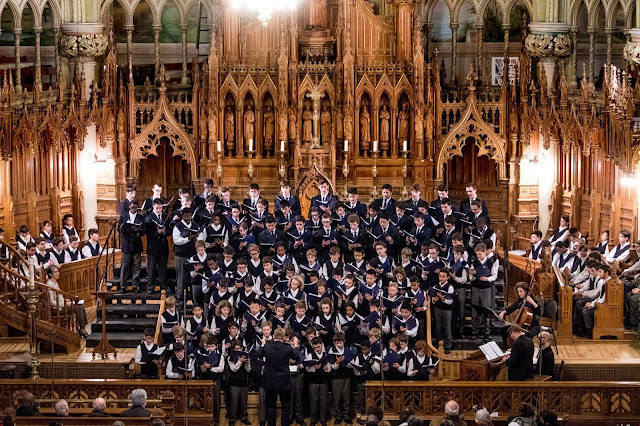 AG: Les Petits Chanteurs du Mont-Royal is a choir school whose mission is to provide the choral music at St. Joseph’s Oratory in Montreal. It is not entirely unique in terms of its structure, but what is more rare (certainly in comparison with the European choral tradition) is that all the voices in the choir, including tenors and basses, are school children between 10 and 18 yrs. There are around 200 children in the PCMR system at any given time which starts with two years of training before singing any concerts or masses. The PCMR choir sings at around 75 masses and gives around 30 concerts per year. What might be more unique for a choir of this type and this age group is performs a cappella 95 percent of the time and not, as one might expect, with organ accompaniment.


What are some recent highlights you have had with your choir?

AG: Recent highlights include Mahler 10th Symphony with the Montreal Symphony conducted by Zubin Mehta, starting a new stage production of the film “Les Choristes” with director Serge Denoncourt, singing ‘O Canada’ at Vimy Ridge on Canada Day last summer (as well as at a Montreal Alouette’s game), preparing Leonard Cohen songs for a project with Les Grands Ballets Canadiens and performing Bach’s ‘Jesu meine freude’ to a packed Oratory as part of Montreal’s Bach Festival. The kids would add that they particularly enjoyed the Halloween project that was part of the Montreal 375 celebrations: we performed Saint-Saëns and gregorian chant with electro-DJ and strings, there were dancers and fire-breathers and the kids were all dressed up too!


What is the importance of fostering choral singing for your choir? 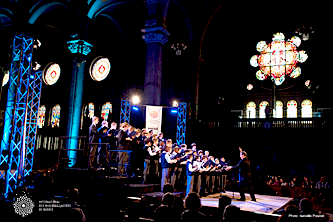 AG: This question embraces so many things and it’s a question that goes far beyond simply singing! As a choir school we see the boys every day, often multiple times a day and, in doing so, we not only try to foster a love of choral singing, but provide and develop numerous tools for life. Developing a sense of team and of working as a team is of paramount importance, as well as to understand its purpose and how it can often produce results that surpass the abilities and possibilities of the individual. Working together so regularly and intensively develops a close bond, social skills, discipline and, certainly or us, with so much repertoire to cover each week, it also demands rigour, concentration and application from an early age. A trained chorister has no difficulty concentrating for two hours straight in rehearsal... a skill that will serve them well in the board room later in life! Whilst life at PCMR is centred around sacred repertoire for the many masses during the year, the breadth of repertoire that we perform still covers all ages of history and all genres, and this helps us develop the ‘all-round musician’.


Describe challenges of programming because of the vocal development of your preteens entering puberty end up by the performance date, where do you begin when you start building a programme list coming to Podium?

AG: The boys at PCMR start with us in 3rd grade and don’t stop singing until they finish secondary school! Each and every one of them will experience their voice breaking, some as early as 6th grade, others not until the middle of their secondary education. For some it happens fast and painlessly - this year one of our sopranos became one of our finest baritones over a single weekend! With others it is an extended process with parts of the register disappearing and others appearing, loss of voice, yodelling and so on. But they never stop singing. A bit less perhaps, but with the training they already have as sopranos and altos they already are aware of their instrument and how to handle it (using breath and support, experimenting with mix, falsetto and eventually settling into either tenor, baritone or bass) so that when the change happens they have already many tools to smooth the transition. One of the major challenges however is a motivational one. Young, effervescent and innocent young boys suddenly become adolescents... with a myriad of distractions and other activities to choose between. For this reason we try to vary the musical and social activities as much as is reasonably possible: outdoor festival concerts with DJ;  concerts with the Montreal Symphony Orchestra and the Metropolitain Orchestra, collaborations with Les Grands Ballets Canadien, l’Opera de Montréal, Festival Juste pour Rire (“Les Choristes”), an annual 2-week tour and anything else we can come up with to help keep a choral life varied and ‘cool’. 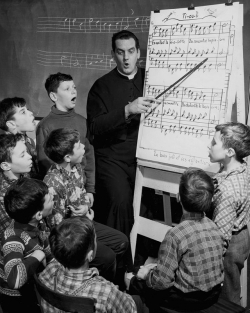 What inspires you when you are working with youth singers?

AG: Kids are incredible - I think we endlessly underestimate them and their capacities. The capacity to learn quickly, to absorb new information and to apply it naturally in other situations, to adapt, to assimilate multiple functions, to rise to the occasion, to perform under stressful circumstances and to undertake a massive workload. This is inspirational! It is also exciting to be able to open up a vast musical world to youth singers; to demonstrate how Bach swings, how Wagner influenced Star Wars, how Beethoven inspired the BeeGees, how Queen created 30-voice vocal harmonies and so on.


What can audiences hope to see from your choir at Podium?

AG: The audience at Podium can look forward to hearing a wide variety of music performed by a Canadian a cappella mixed-voice choir of mostly francophone boys, who have been trained in a typical European choral tradition style. Repertoire will range from Bach, through Debussy, to Leonard Cohen.

AG: Vital! A crucial element in defining and developing our national cultural identity is through artistic expression (musical or otherwise). Performing contemporary Canadian repertoire not just within the country, but exporting through touring and championing it through performance, not only helps us understand who and what we are culturally, but also helps define Canada and Canadians on the national stage. It also develops a pride in home talent and helps our young musicians understand that there is a wealth of opportunity here in the arts world. 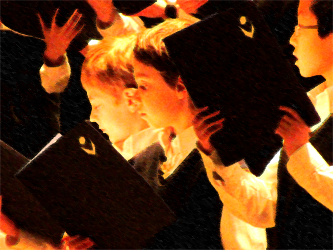 When you are looking to commission a work for your choir, what are the considerations you keep in mind when choosing the right Composer for the job?

AG: I look first and foremost for an understanding of singers, an experience in writing for voices and an acknowledgement of the capacities of the given ensemble. Every group has a certain skill set, a certain capacity and a certain field of experience. The composer needs to be sensitive to these things and, whilst challenging the group, still work within certain parameters. No choir wants to commission a piece that they will struggle with, one that usurps rehearsal time, one that will only be performed once. Equally, no composer is served by producing a work that won’t be in demand, that isn’t published and that won’t be performed around the country and around the world.


What are the challenges when you are looking at repertoire to program for?

AG: I find that the biggest challenge when programming is trimming down all the possibilities into a concert that lasts just an hour, or just two hours. With all of the world’s now readily-available a cappella choral repertoire, both ancient and modern, and with more being produced every day, there are hundreds of works that could and would fit into any given programming concept. Deciding what not to include is an eternal problem... but a good one to have!


Explain your musical upbringing and what eventually drew you to choral music? 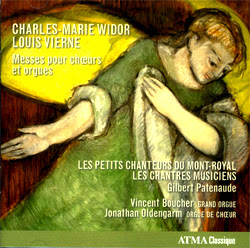 AG: At 6 years old my parents packed my suitcase and delivered me to choir school (boarding school) at one of England’s famous Cathedrals. I was SO excited! We lived and worked together every day, starting at 6am with piano practice before breakfast, then breakfast, rehearsal, a day of school, rehearsal, evening mass (every evening), dinner, homework, bed - seven days a week with 3 masses on Sunday. I knew no different. It seems to others that this was tough, and for sure it was long days and hard work, but at that tender age I didn’t even question it. I assumed it was the same for all kids! Playing piano, clarinet, trumpet and singing every day for my entire childhood is undoubtedly to thank for where I am today. We even spent Christmas together - heading home on the 28th December. Honestly, opening presents on Christmas day with 24 friends, snowball fights, going sledging and playing together with everyone’s toys (not just with a single older sibling) is a heck of a lot of fun ;)

AG: I hope that attendees will understand that there are many hidden jewels still to be found here in the Canadian choral world. For me, PCMR is one of them. It has the structure in place and the extensive and rigorous training to produce a world-class boys’ choir year upon year. A choir that is capable of singing different repertoire at over 100 events every year. There are not many set-ups here, even around the world, where this is possible. And yet, many people outside of Quebec province won’t have ever heard of us... 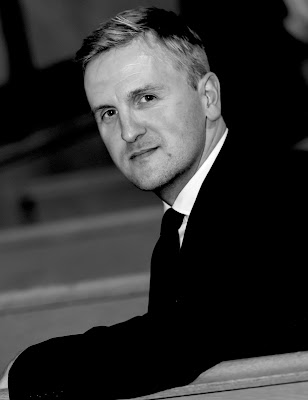 Andrew Gray is the Musical and Artistic Director of Les Petits Chanteurs du Mont-Royal, the Artistic Director of the Montreal Choral Institute, conductor of chamber choir Voces Boreales, and is also the founding director of choral education project Sing Montréal Chante. A native of Great Britain, Andrew was a chorister at Durham Cathedral, England from age 7. He obtained a Bachelor of Arts degree specializing in music and drama from the University of Birmingham. In 1997, he joined the internationally renowned a cappella group The Swingle Singers and toured with them for a period of five years. Since then, he has prepared choirs for various conductors and composers, including Kent Nagano, Zubin Mehta, Karl Jenkins, Joby Talbot, Gregory Charles, Iwan Edwards, Jordan de Souza, Jean-Sébastien Vallée, Jean-Pascal Hamelin, Robert Ingari, Alain Trudel, and Stéphane Laforest. In addition, he has directed vocal groups for popular music artists such as Coeur de Pirate, Les Trois Accords, The Beach Boys, Nikki Yanofsky, Marie-Mai, Malajube, Radio Radio, Sarah McLachlan, Kenny Rogers, Roger Waters (The Wall), and The Canadian Tenors.

Since his arrival at Les Petits Chanteurs du Mont-Royal in 2016 he has been involved in collaborations with the Montreal Symphony Orchestra, the Montreal Bach Festival, Les Grands Ballets, Opera Montreal, the Schulich School of Music at McGill University, Montreal E375 and the Metropolitan Orchestra, to mention but a few.

Thank you so much, Andrew!
Les Petits Chanteurs du Mont-Royal perform on Tuesday, July 3rd, 2:00pm at the Cochrane Centre as a Spotlight Choir for #Podium2018.
You can follow Andrew Gray and PCMR on social media: