Today's blog post is the eighth of many interview previews of performing choirs for PODIUM ON THE EDGE taking place from June 28 - July 3, 2018 in St. John's NL.

Formed in September 2014, the Aurora Women’s Choir is a project of the Coastal Sounds Choir Association, based in Conception Bay South, NL. Aurora is an auditioned ensemble of about 20 members that performs both a cappella and accompanied repertoire of all styles and in all languages. Having grown out of a desire to challenge the singer in a fun and friendly setting, Aurora seeks to master a range of choral repertoire while exploring connections to home and heart. The choir holds at least two concerts and a fundraiser each season and takes part in various special events, shared concerts, workshops, festivals and Church services throughout the year.

In 2015 Aurora received a Gold Standard at the St. John’s Rotary Music Festival. Aurora had the distinct pleasure of representing Newfoundland at the National Unisong Choral Festival and at the 100th Anniversary Beaumont-Hamel Commemoration in Ottawa in 2016. They have been proud to perform at both Canada Day and Remembrance Day Ceremonies for the Town of Conception Bay South. This Spring Aurora was invited to perform in a special Equinox Concert at the Manuels River Centre Hibernia Interpretation Centre, sharing the stage with the Young Virtuosi of the Suzuki Talent Education Program. Aurora was also proud to support the opening Gala for Teen Challenge NL, a residential, addictions rehabilitation centre for women in Conception Bay South. The choir is full of hard-working and dynamic singers excited to participate in Podium on the Edge 2018! For more information about Aurora or the other projects of the Coastal Sounds Choir Association, visit www.coastalsounds.ca . 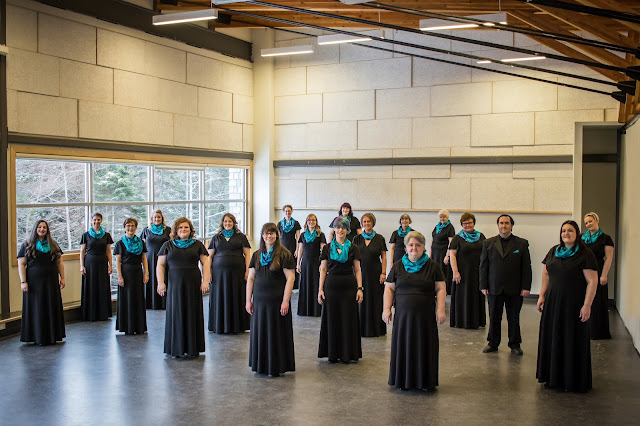 AC: Every choir is their own special kind of family, and Aurora is no different in that sense. What might make us unique is our size and composition – currently 18 women (with one male conductor, which we like to have fun with!) ranging in age from young adult to retiree. Member backgrounds also vary widely, from students, to professionals, entrepreneurs, teachers, and more. Choral experience and music-reading ability also varies, with some having sung since they were children, and others picking it up again after not singing for many years. Despite our differences however, of course it is the joy of music and sense of community that joins us - we do all get along and have a lot of fun learning together! 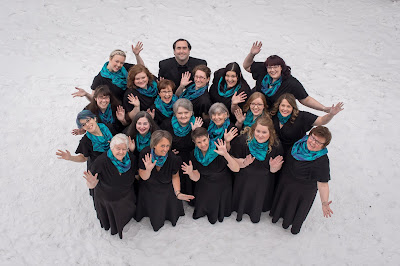 AC: Aurora has had a busy Spring already, having performed at three events prior to their annual Spring concert. Our own Kitchen Party fundraiser in March with special guests Dana Parsons & Wade Tarling was a great success. Also in March, the choir was invited to take part in the first of a series of special Equinox concerts at the Manuels River Hibernia Interpretation Centre, alongside the musicians of the Suzuki Talent Education Program of St. John’s. Aurora was also invited and proud to sing at the fundraising gala for Teen Challenge NL’s new women’s addiction rehabilitation centre in Conception Bay South. Aurora’s Spring concert will be held on May 12 at St. James United Church in St. John’s with special guests the Trinitas Chamber Ensemble. The choir has been invited to perform at a fundraiser for the Philharmonic Choir of the Newfoundland Symphony Orchestra in June and will of course be preparing for Podium in July. Aurora has sung at Canada Day and Remembrance Day Ceremonies for the Town of Conception Bay South and in 2016 travelled to represent Newfoundland at the National Unisong Choral Festival and 100th Anniversary Beaumont-Hamel Commemoration in Ottawa. Another recent event was a fun and inspiring workshop in 2017 with Scott Leithead and Nelson Nagenda followed by a thrilling massed choir concert!


What challenges do you see working with the voices in your choir?

AC: As Aurora accepts new members both in September and January, there is a constant challenge of ever-changing membership. Combined with our relatively small size and range of vocal maturity, it can be difficult to find our ‘groove’ at the start of each term and learn to blend our voices again, but this is a welcome and necessary challenge for growth! As with many choirs or other group activities, members in Aurora are also very involved and committed to a number of causes and other responsibilities, meaning attendance is not always 100%. Learning resources are provided for home study however, and initiatives are taken where small groups will hold sectionals or other rehearsals outside of our usual time. 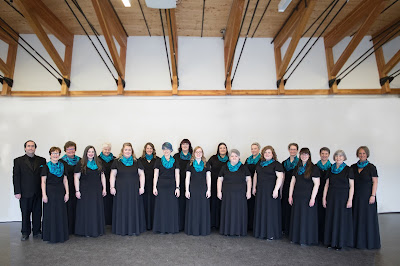 AC: Aurora is excited to participate in Podium on the Edge and has opted to perform one of the most challenging and powerful pieces in their repertoire – Consider the Lilies, by Canadian composer Stephen Smith. This work was originally commissioned in 2013 by the Elektra Women’s Choir in Vancouver, BC and is based on Matthew 6:25-34. The piece is meditative, starting with just two parts on one note but eventually splitting into seven parts at one time. There is a great deal of layering of rhythms and statements that represent both the major challenge and source of beauty in this piece. We hope the audience will appreciate our relatively small group’s approach, with some parts at times represented by just one or two voices. We have worked hard on blend and vowels in order to produce a clear, balanced and resonant sound. Most importantly, we hope the audience will simply sit back, relax and enjoy how the music and text together in this piece washes over mind, body and soul. 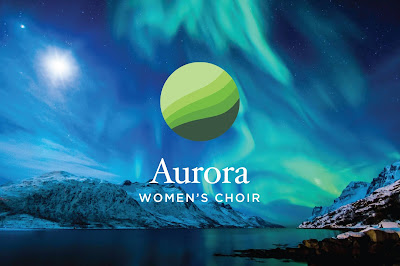 AC: Since its inception, Aurora has been on a constant upward trend with respect to both repertoire difficulty and rehearsal pace. Our goal is to keep building on our successes, specifically with the intention of focusing more on multi-part a cappella selections, singing more frequently in the community, and touring/travelling to special events/workshops/festivals/etc. To that end, Aurora is seeking to increase its membership and invites any interested and experienced choral singers to get in touch. Auditions take place twice each year, prior to September and January.

AC: There are so many things performers and audiences alike can take away from a conference and festival such as Podium on the Edge! The opportunity to get together with like-minded individuals and share in a diverse musical experience together, to learn about and hear new choirs perform, and to celebrate Canadian composers and compositions are just a few that immediately come to mind. As performers, we get to showcase our hard work and represent our communities. Groups can feel a sense of accomplishment and pride in participating in these types of events, and there is always a feeling of excitement that both leads up to the experience and lingers afterwards. It is these moments that motivate us to continue to do and become even more as a group, and encourage us to seek out new repertoire and implement new performance ideas. It can be a truly unforgettable team-building and individual experience! 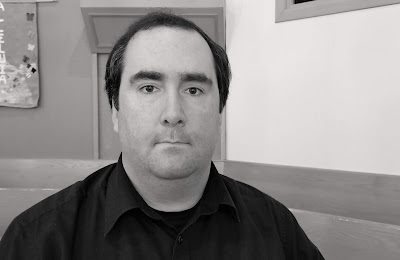 Andrew Cranston received a B.Mus. from Mount Allison University in 2003 and has been working with choral and instrumental ensembles ever since.  He received an M.Mus. in choral conducting from Memorial University in 2007 under the mentorship of Dr. Doug Dunsmore, Dr. Donald Buell, Marc David and Kellie Walsh.  Andrew has conducted several ensembles, including the Bedford Community Orchestra, Nova Voce Provincial Men’s Choir, the Memorial University Festival and Chamber Choirs, the Anchormen Barbershop Chorus, and the Quintessential Vocal Ensemble. He is currently the Co-Artistic Director of the Coastal Sounds Choir Association, as well as Choral Director of Topsail United Church’s adult Mixed and Men’s Choirs. Although Andrew’s background in music began with saxophone, since graduating he pursued opportunities for singing and working with choirs, including the Halifax Camerata Singers, Nova Voce, the Nova Scotia Youth Choir, the Philharmonic Choir of the NSO, Cantus Vocum Chamber Choir and the Quintessential Vocal Ensemble.  Andrew had the privilege of teaching for 3 years at the Nova Scotia Choral Federation’s annual Summer Choir Camps in Berwick, NS, and in the spring of 2014 had the pleasure of both singing with and conducting the Quintessential Vocal Ensemble at Carnegie Hall in New York City.


Thank you so much, Andrew!

Aurora Women's Choir performs on Friday, June 29, 7:30pm at the Arts and Culture Centre (95 Allandale Road) as a Highlight Choir for the "Come and I Will Sing You" concert at #Podium2018.

You can follow the Aurora Women's Choir via Coastal Sounds Choir Association on social media: